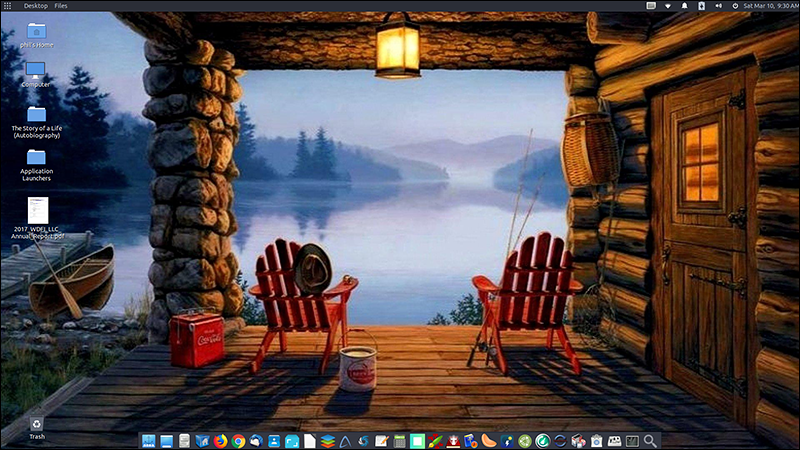 My romance with Windows on my new Lenovo ThinkPad x270 laptop didn’t last long. After getting Windows 7 set up and working to my satisfaction, I found that satisfaction to be short-lived. After only a few weeks, I decided to dump Windows, reformat the hard drive, and install Ubuntu MATE Linux on that machine instead. I chose the Cupertino desktop theme, which is Mac-like, including an icon dock at the bottom of the screen. I loaded up the new installation with all of my favorite linux applications, the grand total cost of which was $0.00. You gotta love that about linux…no need to pay the Microsoft tax, install costly anti-virus and malware protection software, etc.

Installing linux on this machine also opened up new possibilities to me. Using the free Bitnami WordPress stack, I downloaded and installed this software, which includes WordPress, an Apache web server, and a MySQL database. After everything was installed and working, I fired up WordPress and using the UpdraftPlus plugin, downloaded a backup of The Story of a Life (TSOAL), my autobiography and memoirs. Prior to this, TSOAL existed only on a full-size linux desktop computer. Putting WordPress and TSOAL on the ThinkPad laptop makes it portable, allowing me to achieve one of my long-sought goals, taking it with me wherever I go.

Not only was all of the linux operating system and application software free, the ThinkPad now boots faster, is immune to Windows viruses and malware, and runs much faster than before. I’ve used linux for over 15 years now, and the longer I use it, the more I like it. Long live Tux, the Linux mascot!